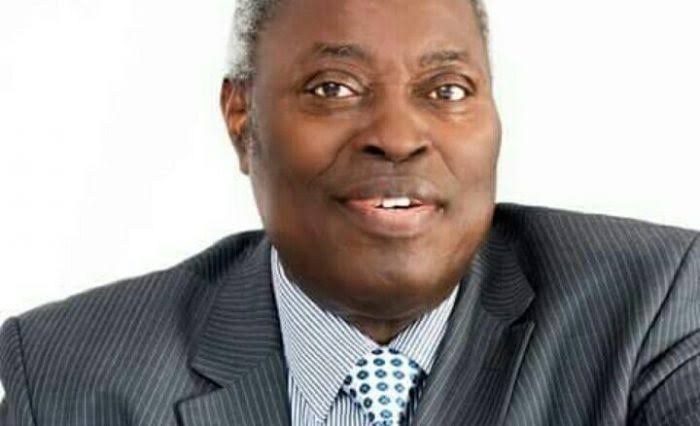 We will be looking at the top 10 facts of probably the most unique church in Nigeria and perhaps worldwide – The Deeper Life Bible church.

In Nigeria, the Deeper Life church is a very conservative Christian church that is unique. Since its inception in 1973, Deeper Life Bible church is a church that stands out from the rest. Thanks to their uniqueness, sobriety and dressing sense which has remained unchanged since its inception. If you want to see “Christian sisters” still on long skirts with modest dresses and blouses; you will certainly find them in their thousands in this church.

Deeper Life Bible church has actually raised a lot of standards amongst Christians in Nigeria especially with their Deeper Life dressing code which is modest and unique. Their staunch stance on holiness and righteousness is a top mark for them also as many Nigerian churches seem to have put the doctrine of holiness and righteousness aside opting other themes in Christianity

Factboyz brings to you 10 things you should know about Deeper Life Bible Church.

Deeper life members are always seen by other Christians of other denomination as too rigid and too unyielding to the societal pressures around them.  A good number of Deeper Life members are of the belief that everyone should live soberly and righteously even as written in the Holy Scriptures (Titus 2 verses 11) they rarely yield to pressures to commit sin. Hence, they rarely compare themselves with other Christians and do not easily compromise and that’s why there is this notion generally that if someone is proving too stubborn to accept bribe or compromise, that person is most likely a Deeper Life member.

The Overseer Handles Its Bible Studies

For more than 30 years, Deeper Life Bible Studies are handled by it’s general overseer and founder; Williams Folorunsho Kumuyi; and for more than 10 years is televised worldwide in Deeper Life churches every Monday beginning for 7pm. This televised Bible study by WF Kumuyi is being watched by thousands all over the world via Television and Internet as it is streamed LIVE for users all over the world to watch.

From personal experience and encounter with some members of this Evangelical church, I discovered that majority or perhaps, a good number of them have a quiet, reserved attitude. This might not be unconnected to the fact that “foolish talk and jesting” is highly discouraged in the church.

There is a fact about the modest dressing in Deeper Life, which is often referred to as “deeper life dressing” This fact stands as the one of the major things that has made this church very popular. Men who attend Deeper Life are known to dress smartly with trousers and well tucked in shirts; while ladies are known to wear long, modest dresses and skirts while totally covering their heads. Williams Kumuyi, its founder puts so much emphasis on the concept of Christian Dressing.

Deeper Life Bible Church has its foundation in strong church doctrines that might not change anytime soon. For instance, the church believes that women are not to put on earrings quoting 1 Peter 3 verses 3 and 1 Timothy 2 verses 9. Same with its stance on trousers as they don’t allow women wear trousers citing historical reasons such as the fact that before trousers for women were made popular in the 1960s; it was not accepted as a female wear. Biblically they quote Deuteronomy 22 verses 5.

Christmas Spent In A Camp Ground:

Christmas Time is a time most Nigerians spend in their respective hometowns and villages; however, it is a bit different for Deeper Life members as End of Year camps are organized starting from around 24th of December and ending around 27th. Hence, in their various campgrounds all around the nation; thousands gather to hear the word of God preached to them.

Its Founder Was A Lecturer:

Willam Folorunsho Kumuyi, (b. 1941) was a lecturer who taught in the University of Lagos. He graduated with a first class honours in mathematics from the University of Ibadan in 1967. In 1973 while as a university professor, he began a bible study group with 15 students who had come to him for Bible training. This was how Deeper Life was birthed.

Deeper Life Crusades are known to draw hundreds of thousands of people and sometimes close to a million. William Kumuyi’s visit and tours to states are greeted with much publicity and strategic planning that most times, the governors of the respected states visited for crusades attend. Kumuyi admitted in an interview that the success of his ministry and church depended on committed one on one personal evangelism.

One of The Largest Church Auditorium:

In April 2018, the church completed a building project it had begun for years which stands as one of the largest church auditorium in the world with a sitting capacity of about 30,000 and valued at about 5 billion naira which stands at 16 million dollars!

Television once banned for Members:

Every church has its own time of troubles and for Deeper Life it came this way; Pastor William Kumuyi once taught that Television shouldn’t be in a Christian home. He obviously said this because of his zealousness in keeping the holiness standard high among their members. This teaching continued in the church for years and it generated wide controversies and arguments till the late 90s and early 2000s when the church started videotaping and televising their programs.

Hope you enjoyed our lists? Visit Factboyz.com for more Facts, News and Articles.