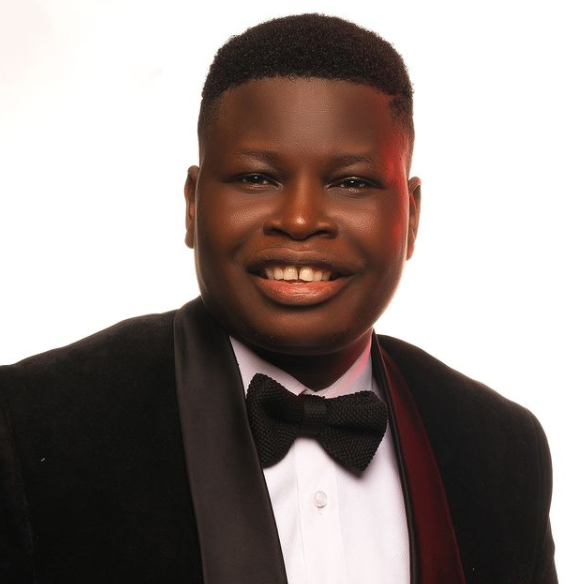 Tosin Bee (born May 24, 1990) is a Nigerian contemporary Gospel singer-songwriter and record producer from Oyo state, specifically Ogbomoso. He is well known in Nigeria most especially in the South Western part of the country. His real name is Adejumobi Oluwatosin.

Tosin Bee was born in Ilorin Kwara state. From a young age he had always been interested in music but not really gospel music. He was more interested in secular music at the early stage of his life; but later moved to gospel music and Christian songs.

Tosin Bee music career began while he was a student at OOU. In an interview, Tosin Bee admitted to singing secular songs before switching to Christian songs. Tosin Bee began his musical career by singing about campus life and other societal issues mainly to draw attention from people but all that changed after someone met him and advised him to use his voice for God. That advise turned out to be the Life changer as at that moment, Tosin Bee made up his mind to purely sing gospel songs.

He joined the Redeemed Campus Fellowship (RCF) where he quickly rose to become their music director. It was while he was there that he began to attend programmes and equip himself musically.

He became a member of a group called “da roots,” which was made up of three males (Tosin Bee, Rumide and Sam). They shook the town and went through Nigeria’s western states. Due to their diverse job pursuits, this three-man band split.

Tosin Bee so far is well known across Nigeria especially in the South Western part of the country. He has also drawn the eyes of the likes of Pastor Enoch Adeboye, the General Overseer of the Redeemed Christian Church of God (RCCG). He was signed to the music label owned by the church RCCG named One Hallelujah Records

Tosin’s rich, deep voice continues to enthrall his listeners. His distinct style of gospel music, which mostly incorporates R&B, Hip-fuji, Jazz, and Ewi (traditional Yoruba chant), is a breath of fresh air in the Nigerian gospel market. His tune “You Are God” is already a fan favorite in Christian circles and beyond – even in secular circles.

Aside music, Tosin Bee is an entrepreneur and he has his own clothing line called Switched Up

Who is Tosin Bee Wife? Tosin Bee is married to Princess Temilade Murna, a Nollywood actress. They got married in 2021.

Tosin Bee Net worth – Tosin Bee is estimated to be worth $100,000. The gospel singer and musician who is well talented is a very hardworking entrepreneur and singer with recorded massive successes.