5 Tips for Buying Quest 2 Accessories To Speed Up Things For You - Factboyz.com 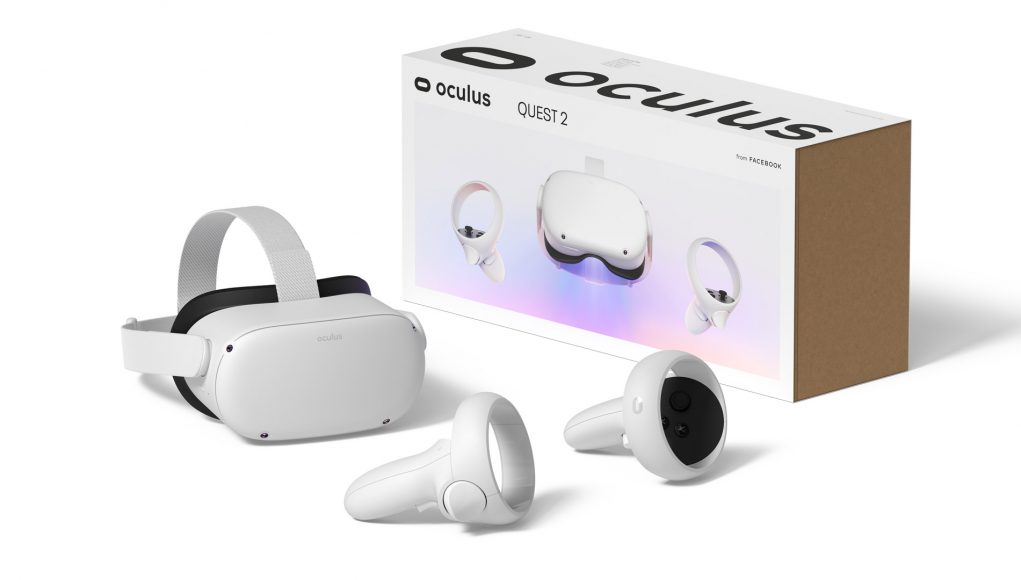 Oculus Quest 2 is the bang for virtual reality gamers who are fully into VR. In an article by RoadtoVR, here are basic accessories that you would consider purchasing to kit up as a fulltime, long term VR user.

With onboard computing, sensors, and battery all located inside the Oculus Quest 2, the device is decidedly front-heavy. You may not notice right away, but the more you play, the more those niggling comfort issues will arise.

Your neck will thank you in the long run by replacing the stock fabric headstrap with either of Facebook’s official headstrap replacements, the Elite Strap or Elite Battery Strap, which provide good counterbalance to better center the headset’s bulk closer to the middle of your head.

At $50 and $130 respectively (the Elite Battery Strap comes with a questionable quality, albeit useful travel case) these are pricey, but effective solutions.

For slightly less at $40, you can also get a a number of white label straps similar to the regular Elite Strap on Amazon that do the same job. If you’re looking to save $10, all of the ones with this design seem to be well rated by users.

2 – Get a Cover or Spare Facepad

After playing VR games regularly over the next few months, you may start to notice grime and grease buildup on the face pad (also called ‘facial interface’) of your Quest 2. The stock face pad is basically a sponge, so to make headset sanitization simple, you should really invest in either a VR cover or a replacement pad that are easily cleanable.

There are thankfully a number of solutions on the market. VR Cover produces an official third-party facial interface replacement set for $30 which takes the place of the original. It comes with anti-fog airflow channels, removable nose guard and two wipeable PU leather-covered memory foam replacement pads.

VR Cover also makes a silicone cover for $15 that goes over the stock face pad. It offers a hand-washable medical-grade silicone construction and nose light guard too, which is handy. If you’re looking for a cheaper solution, for $13 you can buy a similar silicone cover on Amazon, although it’s unclear if the silicone used is the un-oiled variant seen in VR Cover’s version, which could cause skin irritation in users with sensitive skin. Whatever you buy, make sure it fits Quest 2 specifically since the headset has a unique face pad design.

Whether you’re just looking for comfortable charging during gameplay, or you want to connect Quest 2 to your computer via Oculus Link to use it as a PC VR headset, you probably want a nice long cable so at very least you can charge while playing native Quest games with ease.

Oculus has the official 16-foot Link cable for $80, and although it’s light weight thanks to its fiber optic design, that may be a bit too much for most people. Thankfully, any 3.0 USB-C cable will work, and there are tons on Amazon that will do the job. Just pick one, and you’re off to the virtual races.

4 – Get Charging Squared Away

Ok, so you have a nice and long charging cable now, but you may not have a computer capable of running PC VR games via Link. There’s a few products out there that help you keep your headset and controllers charged at all times.

Anker just introduced its $87 Quest 2 Charging Dock, which not only acts as a nice place to rest your headset and Touch controllers when not in use, but also makes sure they’re always at 100% battery when you’re ready to play.

Barring that, a quick and easy solution is a ready supply of rechargeable AA batteries and battery charger. You’ll find them everywhere, from your local supermarket, to IKEA, to Amazon. Many long-term VR users go for Panasonic’s name brand Eneloop batteries, which offer a low discharge rate when not in user and high rechargeability, but here’s an insider tip: the AmazonBasics and IKEA 2450 mAh Lada batteries are very similar for a much cheaper per-battery price. You’ll want plenty—at least four to make sure you always have a spare ready for when Quest throws you the dreaded low battery warning.

On the topic of batteriers, there are also USB-rechargable batteries from Survival Frog that have a USB connector integrated into the battery’s design. A four pack will cost you $15, and come at a lower 1450 mAh rating, but it certainly gets major points for reducing clutter.

Headset charging can also be made simple too without buying Anker’s special dock. A set of USB-C magnetic cables on Amazon for as little as $13 will do the trick, although you can’t use it for Link gameplay, only charging.

5 – Protect Your Glasses (and Lenses too)

Glasses wearers already have the plastic off-set included in the box, which puts a bit more room between the Quest 2’s lenses and your precision specs. This may work for a majority of users, but if you’re looking for some special kit, you’ve come to the right place.

Many long-term VR users and developers have opted for a separate pair of low-profile glasses entirely, so you can play in any VR headset, past, present or future. For as low as $30 (depending on your prescription), you can get a cheapish pair of glasses to suit your needs from Zenni Optical, prescription lenses included.

Frames Direct offers an official third-party solution for $80 for prescription inserts which include an anti-reflective coating. There are multiple vendors offering more or less the same thing though, with VR Optician offering theirs for $70. Whatever company you go with though, make sure to have a copy of your prescription since you can’t buy corrective lenses online in the United States without it.

Still, you may be in for accidental scratches from your cheapy specs, which leads us to the an expensive, but awesome solution for the myopic among us. You can also buy special inserts that come in both prescription and non-prescription versions.

The same basic design can also be purchased without non-prescription inserts too from a number of companies, which not only protect from scratches but also in some cases blue light too. These are much cheaper, with pricing typically around $20 – $30 for a pair.