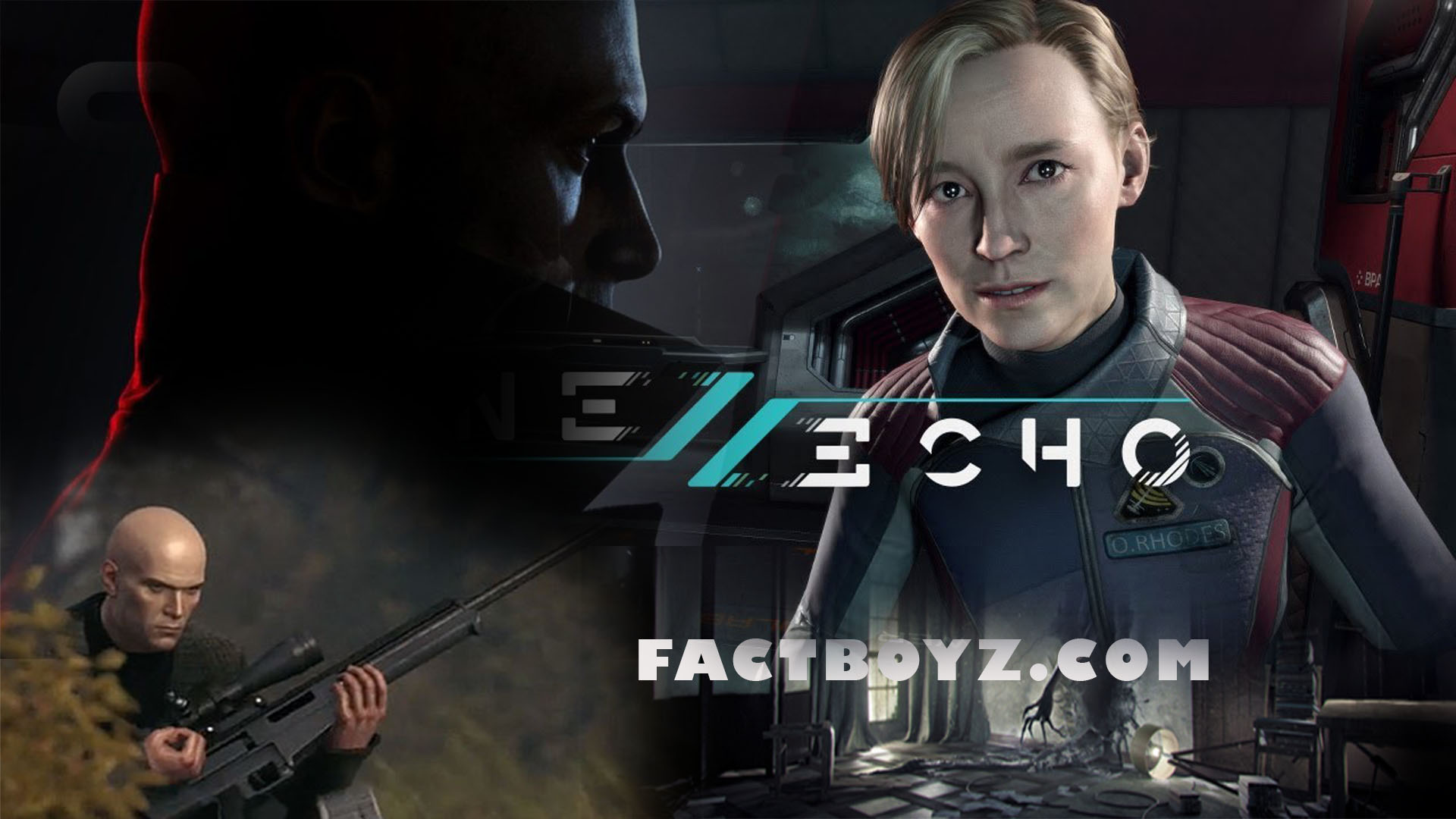 The best gaming experiences can no doubt be experienced in Virtual Reality Games and as a real gamer, you should be aware that Virtual Reality Games are the future. Games such as Astro Bot: Rescue Mission (PlayStation VR exclusive), Star Trek: Bridge Crew (Multiplatform), Fallout 4 VR (HTC Vive Exclusive) sure did take the VR gaming market by storm with thousands of players who enjoy them.

Get ready, cause new, upcoming VR Games for 2021 are ready to serve users plenty of high-quality, super realistic content which will be coming to PC VR headsets in 2021.

The list of these upcoming Virtual Reality Games you should consider checking out are in various platforms. Some are exclusively exclusive to Oculus Rift, PSVR, PS4 etc.

After the Fall is an epic game you should definitely check out if you are fully into VR Games. Developed by Vertigo Games, the game is set in the year 2005 in the Ice covered ruins of Los Angeles many years after the apocalypse, which occurred in the 1980s; Players all over the world have the option of playing the action-packed, adventure game solo or with various multiplayers.

The VR Game sees you as a survivor of a mysterious, deadly outbreak caused by the abuse of some certain drugs by many people. As a survivor, the outbreak named Snowbreed is ruining cities and messing up civilisation and as luck would have it, you are immune from the side-effects of the substances and you are now humanity’s hope.

You will have the ability to explore in high definition VR details the remains of a civilization that ended in the1980s. In the game, you should specially craft deadly weapons and develop skills to tackle deadly gangs and bosses who want to take over the city as you also have the option of joining forces with players all over the world.

The developers of Arizona Sunshine, did not disappoint with this game at all as it also features a co-op zombie shooter in which you explore the frozen wastelands, gunning down endless hordes of infected enemies.

SYSTEM REQUIREMENTS FOR After the Fall

This VR game developed by Fasttravelgames which is set for release early in 2021, has its main scene set on the haunted Barclay Mansion which of course does have a terrifying history. In the game, you are expected to explore the very massive Barclays mansion which become frightening to each opening reality as it dawns on you that you are already dead and in a quest to unravel the mysteries surrounding your death. Before then, you are Ed Miller, a photographer who came to the mansion with his wife Rachel to document an event. But something went terribly wrong, with Rachel disappearing you dying.

This VR game will also feature apparitions that will help connect you to a much larger story, you are expected to remain hidden as you quietly go through objects searching for clues to uncover the truth. You are not alone in there, so use both caution and stealth. In the game, you will be accompanied by your Shadow, which is a manifestation of your dark subconscious a sort of guide throughout the game.

As part of this process of the VR Game it is expected you take into consideration by utilising Ed’s camera to reveal important clues hidden in the huge, revealing mansion. As you wade into the mansion, you’ll be able to find hidden secrets and unlock memories of past occurrences by photographing certain objects.

As one of the restless dead, you will have supernatural powers at your disposal. As you progress, your powers will grow, granting you access to new areas:

May be quite a surprise for Hitman fans, but the last chapter of the most spectacular assassin in games can now be played in virtual reality. By January 20th, PS4 and PS5 owners can now enjoy the all action game in VR. According to Playstation’s blog, to make sure all users experience the game in VR, there will be a free copy of the PS4 version of Hitman 3 with all PS5 copies, whether you choose to buy it via disc or digital. It doesn’t just end with that as it is expected that all three Hitman titles are now on the rebuilding process aimed at making it support VR.

Surely a good news for real gamers as it opens an exciting reality to all 20 or more locations in the three games explored in an ultra-realistic manner. It’s will be released in January 2021 exclusively for the PlayStation VR.

At the moment, Hitman 3’s VR support is exclusive to PSVR and won’t use the Move controllers but instead tracking on a Dualshock 4.

Playing this VR Game gives users an unending, exciting, thrilling drama, where gamers can easily assume the role of a professional sniper and execute various assassinations with precise precision. The third party person is never left out when playing this game as this Virtual Reality version accommodates everyone. The game is set in 1943 somewhere in Southern Italy at the height of the Second World War. Fascist forces occupy your homeland. As an experienced sniper, you combine your professional skills as also doubling as an elite sniper to fight for the Italian Resistance Force.

The Game features an array of grabbing your rifle, taking an aim and smart weapon interactions to take your sniper skills to a whole new level.

In what is called VISCERAL X-RAY KILL-CAM, gamers can witness in full details the devastating effect of your shot you take an aim and Fire.

The VR game developed by Rebellion, Just Add Water (Development) Ltd. and Coatsink. is set for release in 2021 and in addition to Quest platform, Sniper Elite VR is coming to Oculus Rift platforms, HTC Vive, Valve Index and PlayStation VR. It will be available on the Oculus Store, SteamVR and PlayStation Store.

Lone Echo has come with quite a number delays that has got some fans worried about the eventual release of the anticipated game. The release of Lone Echo was shifted from its original date in 2019 to 2020 and now 2021 after the studio behind the game was acquired by Facebook.

However, Lone Echo remains one of the most polished, immersive adventures you can experience on a VR headset. The game play set in outer space as Jack and Liv return to the rings of Saturn to unravel the mysteries of Lone Echo and journey deeper into space. With regards to your quest for a game to match Alyx, you have to give Lone Echo II a shot.

Though released in 2020, there are high expectations by gamers for this game in 2021. This game set in World War 2 was developed by Monad Rock and it basically involves playing between two parallel storylines where one takes place before the Second World War and the other during the war before it merges at the end.
The world war mode game is intriguing and comes with a lot of carefulness where the gameplay may be slow and deliberate, but nevertheless deadly and dangerous. Detection means execution.
The second storyline comes with a bit of relief as you assume the role of a soldier messing up the Nazis in various action-packed scenarios. Watch out for this VR Game!

The game of the 90s is set to make a massive comeback with is newly incorperated Virtual Reality technology.  SEGA’s Panzer Dragoon series which did win the hearts of players in the 90s will take a step further to exspand its reach and customer base in the 21st century.
During the Upload VR Showcase presentation, developer Wildman officially announced Panzer Dragoon: Voyage Record, is headed to console, PC, and standalone VR platforms in 2021. The official trailer of the VR Game revealed that Voyage Record will be a VR compilation of Sega’s classic trilogy, consisting of rail-shooters Panzer Dragoon and Panzer Dragoon Zwei, and RPG Panzer Dragoon Saga.
Though its system requirements has not been revealed, the one below is that of its sibling Panzer Dragoon: Remake.

Developed by a Russian Astronomer and Programmer, this game is a must-see in Virtual Reality. What more feeling can VR gamers ask for but to explore outer space in VR. The Russian dude who created the game knew exactly what he wanted users to experience and feel, hence Vladimir Romanyuk launched SpaceEngine for VR. In this game, you have all the time to explore outer space with its accompanying cosmos, stars, planets and others. Every planet you meet in your journey in space will feature procedural 3D terrain with detailed textures.
According to its website, The game is made of two parts. The first part “STORY” is a virtual tour through space made of six chapters with narrative speech, like a planetarium documentary (for now, only in English and French). It is passive, i.e. you don’t need any controls, just rotate your head to look around, and use room scale tracking to walk inside the scene. The second part “EXPLORE” allows some degree of freedom.
The game serves more as an adventure game than an action-packed game. It is currently on Steam’s Early Access but will sure manifest fully in 2021.

Once again, here we are with another game set in the World War 2. However, this time around gamers can experience the awe of flying WW2 B-17 planes. While flying these planes, you are part of the 10-man crew on dangerous bombing missions over occupied Europe. The game features impressive outstanding graphics, animations, and sounds that aim to realistically recreate every aspect of the strategic air war in WWII. The graphics of this VR Game is also impressive as all aircraft are realistically rendered and look astonishingly real. Missions can be planned with the option to select flying formations while managing crew and bombers.

System Requirements for B-17 Flying Fortress: The Mighty 8th

Players and gamers get the opportunity to visit and explore an island full of lush greenry, flora and bright coloured fauna. Explore the deeper connections and uncover a story of ruthless family betrayal. The VR game which is breath-taking is expected to roll out of the “factory” next year in 2021. The visuals and sound make the virtual reality game, a lot more interesting with quite a number of activities to complete.

Despite the pandemic which affected the release of some games in 2020, 2021 is very promising for virtual reality lovers and gamers.