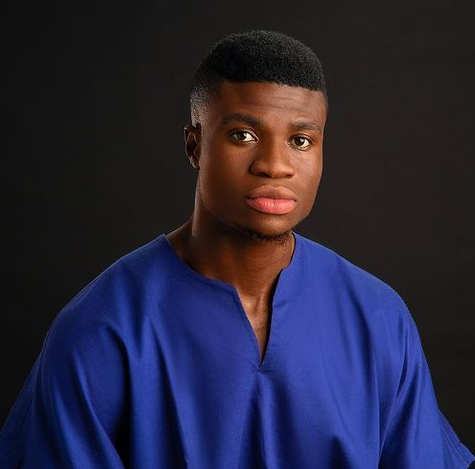 Zicsaloma whose real name is Isaac Aloma Junior is a Nigerian Instagram, Tik Tok and Youtube comedian, musician, content creator and social media influencer. Zicsaloma’s comedies are very much insightful and interesting to watch as he acts various characters and peculiar individuals in his comedy. The native of Abia state in South Eastern Nigeria is no stranger to limelight as he had once audtitioned for TheVoiceNigeria – a singing competition show for Nigerians.

Zicsaloma was born in Kaduna state on the 7th of November 1991. He grew up in Kaduna state and was very active in the children’s choir of his church – Chapel of Redemption Imande, Kaduna. From the young age of 8, he was already leading other children in the choir where he was in charge. He continued in the children choir and from there he continued to the youth choir and subsequently to the adult choir.

In an Interview, Zicsaloma recalls saying,

I started singing when i was 9 years. I usually followed my mum for choir rehearsals then as a child. It triggered my interest in music. As small as i was then, i could tell who had a really good voice in the choir and my mum would just “lol”. At age 11, i was allowed to join the church teenage choir even though i was not yet a teenager because of my ability to harmonize. Started growing from there till date. I wrote my first song at about age 15. My teenage choir members doubted if i wrote the song myself self but i actually did. I can still sing the song. Lol.

Zicsaloma’s passion has not always been music inclined. In fact, he said in an interview that he wanted to be a medical doctor when he was still a child just like most of his peers; but after sometime, he changed his mind and was in the arts class in secondary school. He was good in writing, reading and memorizing hence his choice to dump science for the arts.

Zicsaloma Career As A Lecturer

Before he became a full time comedian and singer, zicsaloma was a lecturer for sometime, but after his videos began to become viral and more and more students of his began to identify with is popularity in school, he decided to quit his lecturing job to entertain people and fans with his comedies full time.

Zicsaloma Career As A Tik Tok Star and Comedian

Zicsaloma gained massive fame after his comedy on Tik Tok went viral. His style of comedy involves mimicking a middle aged Nigerian woman who overreacts to various issues that arise in “her” life. His comedies are very creative and detailed and are very hilarious to watch. His Instagram account and Youtube channel have a combined fanbase of over 500,000. As a comedian, zicsaloma collaborates with other comedians in the field.