White Woman Dies After Summoning African Spirit in Voodoo Despite Warnings Not To Do So - Factboyz.com 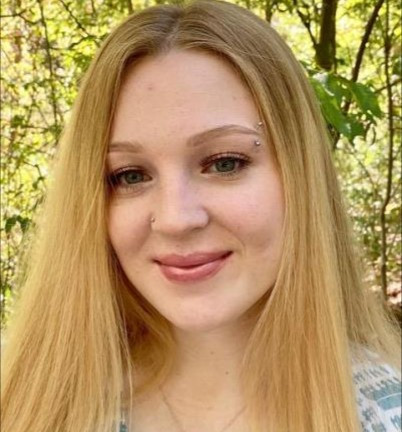 A White woman Kat Restin has died under mysterious circumstances after she dabbled into voodoo despite warnings from social media users after she revealed her plans to venture into voodooism. She first began by summoning an African spirit known as Papa Legba.

Katelyn “Kat” Restin, from Virginia, USA was found dead after she allegedly drowned in a bathtub according to one of her friends. Soon after the announcement of her death broke out, people started blaming herand linking it to the Haitian voodoo she performed summoning spirits.

It has been learnt that Kat Restin died two days after she claimed that she saw the summoned spirit (Papa Legba) in an apparition.

Papa Legba is one of the best known figures in African spirituality and voodoo practices. Legba represents a West African and Caribbean Voodoo god and has many different names depending on the region in which he’s worshipped, though he’s most commonly known in Haiti as Papa Legba.

It is known and believed to serve as an intermediary between man and the spirit world. Several movies have been made about it, including the American horror story “Coven”.

See her tweet here after being warned not to delve into the voodoo affairs she wanted to go into,

Let people live and have their own religion. If someone is into something different accept that. Stop saying “no you come from God” I’m Wiccan and I always will be so shut the fuck up and let me be… pic.twitter.com/16UUCr0qY5

I honestly can’t believe she tried to summon a Black spirit to vex a Black woman. Like… I’m astounded

Bro this Kat Restin story is the craziest thing I have ever seen in my life. I am not kidding. Shit won’t allow me to sleep. As someone who believes in voodoo this whole situation is scary.

i saw that story about kat restin and oh my god… this is why i dont fuck with any kind of witchcraft.

Holy shit, the people gatekeeping the Kat restin thing, as if they know voodoo. You are all lying psychopaths voodoo is not fucking real, you are not summoning spirits

ALSO READ
Nigerians Will Soon Run To Their Villages-TB Joshua