Top 10 Most Humble People in the Bible - Factboyz.com 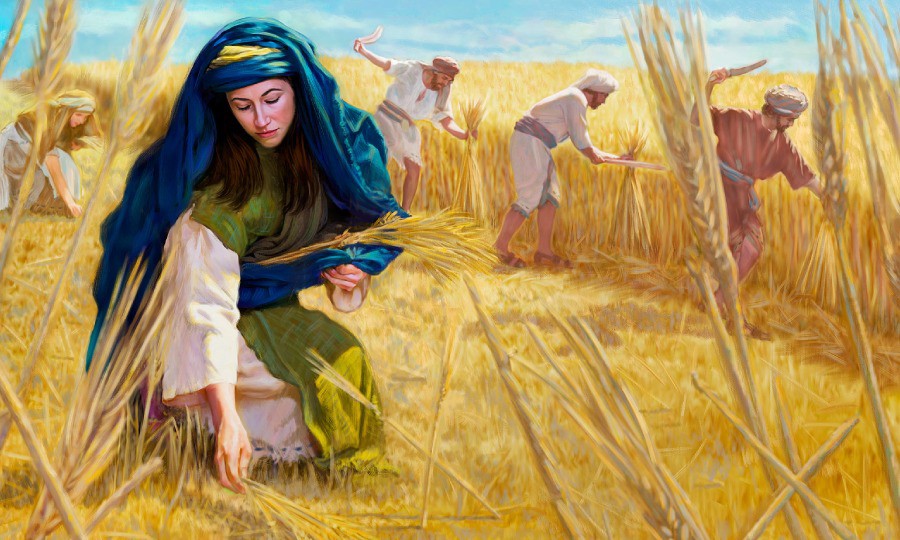 Humility is the character, virtue, quality and value of being modest, meek, kind and generally low in handling affairs, interactions with people, demeanor and overall character. Humility shows a sense of low regard for oneself, even when one is worthy to do.

The character of humility has been mentioned a great deal in the bible with various humble biblical examples which we will mention soon. In the bible, there are various men and women who possessed this true, genuine gift of humility; as it was very evident in their lives how humble they were. The humble are blessed even as Jesus said,

Blessed are the meek, for they shall inherit the earth”

We will be listing some biblical characters and biblical examples of humble persons in the bible worthy of note;

Below are the Top 10 Most Humble People in the Bible

When asked who is the most humble person in the bible? The answer is undeniably Jesus Christ. Jesus Christ who according to the bible, came to the world as the son of God to die for the sins of the world. The personality of Jesus is without doubt and reproach remarkable as he set the standard and example of humility for the whole world to see and imitate. His humility ran across his interactions with the people of his days; this was manifest in these ways, he was easily accessible by people generally, he did not attribute the miracles to himself alone, he showed compassion for others, and even dined with sinners. Jesus Christ was so humble that after his death, the apostle Paul wrote on his humility even as the son of God.

Moses who is the patriarch of the ancient Jewish laws and methods was a prophet who judged Israel for more than 40 years. The bible reveals that Moses was so close to God that God showed him a part of himself he had not revealed to any other living soul before him. Moses was humble enough not to rebel against God in all these years of privileged relationship and friendship with the maker of all things. His humility in spite of his other personal flaws made the children of Israel trust him to lead them. The relationship God had with Moses was devoid of pride with exception to when he hit the rock when God told him to speak to the rock. Despite his level as a leader, the children of Israel could trust him to lead them and he did that without usurping undue power for himself.

Joseph showed humility when he served as the prime minister of Egypt. He did not let his newly acquired power get into having a troubled teenage years after his own brothers sold him to Egypt. Joseph exhibited how humble he was when he forgave the same brothers who sold him to slavery. He still had the courage to bring himself low and forgive his brothers. In his relationship with God, Joseph did not claim God had abandoned him even after spending some time in prison for an offence he did not even commit. Recall that he had a dream where his parents and brothers were bowing down to him; even though that drea was divinely orchestrated, Joseph did not use that dream as a basis to disrespect his older siblings.

The New Testament of the Bible will be incomplete without the mention of Paul the Apostle. Paul the apostle or Paul of Tarsus was a Jewish man who later gave up Judaism and turned to Christianity after an encounter with Jesus on the road to Damascus. Paul is an example who did not just show humility, but he also preached it. Though Paul practiced as a lawyer under the Jewish teacher Gamaliel, he later took up a job as a tent maker while preaching the gospel. Paul was humble enough to approach the older brethren after his supernatural encounter, speaking to them with all sense of humility despite the former position and role he played in killing Stephen. Paul’s humility is also reflected in his writings detailing his conversations with apostles and general followers of Christ. In a particular teaching where he was pointing out the division in the Christian faith as some aligned with their preferred teachers; EVEN AS THEY SAID “I belong to Paul, or I belong to Apollos. or I belong to Christ” In these divisions in the church then, Paul wrote to the church telling them to desist from belonging to sides; that act showed how humble he was refusing to take glory that didn’t belong to him.

King David who was a man after God’s heart endeared God to him who references him as an exemplary biblical king for others to follow. King David showed how humble he was before God and man. As a king, he shared sorrow and grief with the Israelites when things didn’t do well for them. When he was still much younger, he defeated Goliath and subsequently, King Saul attempted to take his life in various occasions, yet when he had the opportunity to kill Saul, he refused to do so. King David was known to humble himself in the sight of God; even in his position as King, King David refused to succumb to abandoning God who made him king.

This Moabite woman found favour in the sight of Boaz who later married her; eventually making her the great grand mother of David the King. Ruth’s Mother-in-law Naomi lost her husband and two sons including Ruth’s husband to the cold hands of death. While Orpah, Ruth’s siter-in-law decided to leave Naomi after much persuation, Ruth stood her ground refusing to leave Naomi’s side. Ruth subsequently began to live with Naomi serving her as a daughter with all sense of humility. Ruth did not rebel against Naomi and in her meekness, she gained the trust of Naomi and Boaz her future husband.

King Hezekiah was a king who ruled over the people of Israel. The bible recorded that he did what was right in the sight of God and was generally a good king. However, on a particular period of time, he was extremely sick and when the prophet Isaiah visited him; it was revealed to Hezekiah that God had already sadi he would die from the sickness. This bad news resulted to an unexpected response from Hezekiah who knelt down before God and wept and pleaded for favour from God. This show of humility moved God who added 15 years to his life span. (2 Kings 20:1)

Mary had the privilege of being selected by the holy spirit to fulfill God’s purpose for the redemption of mankind. Mary was selected to bear forth Jesus, the savior of the world. First of all, the angel of God appeared to a virtuous, meek and blessed Mary who bore Christ.  Mary’s symbol of humility dwells on the fact that she did not go about blowing her trumpet about how she had the Messiah as her son, rather she stood by Jesus even till the very end.

Daniel set out his heart to acquire knowledge which he did with all sense of humility, despite the fact that he was highly placed in the Babylon as he sought to unravel the hidden secrets of God. Daniel’s humility gave him access to visions not normally shown to many people at his times. Even though Daniel had interpreted the dreams the babylonian kings were having, he was humble enough to thank them well while giving full credits to God.

The book of Job showed Job bringing himself low before God despite the calamity that had befallen him. Initially before he was afflicted, Job was a very wealthy man who still showed humility by sacrificing to God and generally serving God. When the affliction cane, his wife famously said, “Curse God and die” but Job refused to listen to his wife. God acknowledged Job’s faithfulness and humility and rewared him at last.

Nigerians Will Soon Run To Their Villages-TB Joshua

See Exactly What Will Happen In The Next Second!