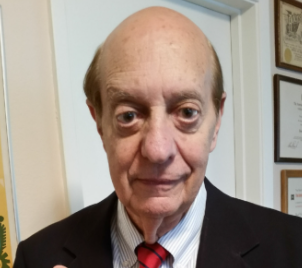 Basil Hoffman Cause of Death

Basil Hoffman Biography – Basil Harry Hoffman is an American actor who was born on January 18, 1938. He has a five-decade film and television career, largely in supporting roles. He’s worked with a number of award-winning filmmakers, including Alan Pakula and Robert Redford. Basil Hoffman Cause of Death

Basil Hoffman Education – Basil Hoffman earned a B.B.A. in economics from Tulane University and studied for two years at the American Academy of Dramatic Arts in New York City, where he received a scholarship for the second, graduating year.

Basil Hoffman Career – Basil Hoffman has had a long and successful acting career in Hollywood. His acting career has spanned more than three decades. In 1974, he made his first trip to Los Angeles. He worked on Peter Bogdanovich’s theatrical film At Long Last Love during that season. He went on to appear in episodes of Kung Fu, Rockford Files, Sanford and Son (2 parts), Police Woman, Columbo, Kojak, MAS*H (2 roles), Barney Miller, and a variety of advertising in the years since. He played the fingerprint technician on Ellery Queen and Principal Dingleman on Square Pegs.

Many plays, some episodic television parts, a regular character on ABC’s One Life to Live, hundreds of commercials, and a film role in Mario Monicelli’s Lady Liberty with Sophia Loren rounded out his thirteen years in New York.

He has made a few theater appearances, most notably in Romulus Linney’s Sand Mountain, for which he won a Drama-Logue Award, the first staged reading of Martin E. Brooks’ Joe and Flo at the Actors Studio, and the world premiere of William Blinn’s Walking Peoria at the Actors Studio.

Basil Hoffman Teaching Career – He has been a guest lecturer and teacher at prestigious professional and academic institutions, including the American Film Institute, the American Academy of Dramatic Arts, Emerson College, the University of Southern California, Confederation College in Thunder Bay, Ontario, Canada, and the Academie Libanaise des Beautés, among many others.

As a U.S. State Department Cultural Envoy to Lebanon in 2008, he returned to Beirut to teach acting and directing at the Academie Libanaise des Beaux Arts of the University of Balamand, Lebanese University, Notre Dame University, and St. Joseph University’s Institut D’Etude Sceniques Audiovisuelles et Cinematographiques.