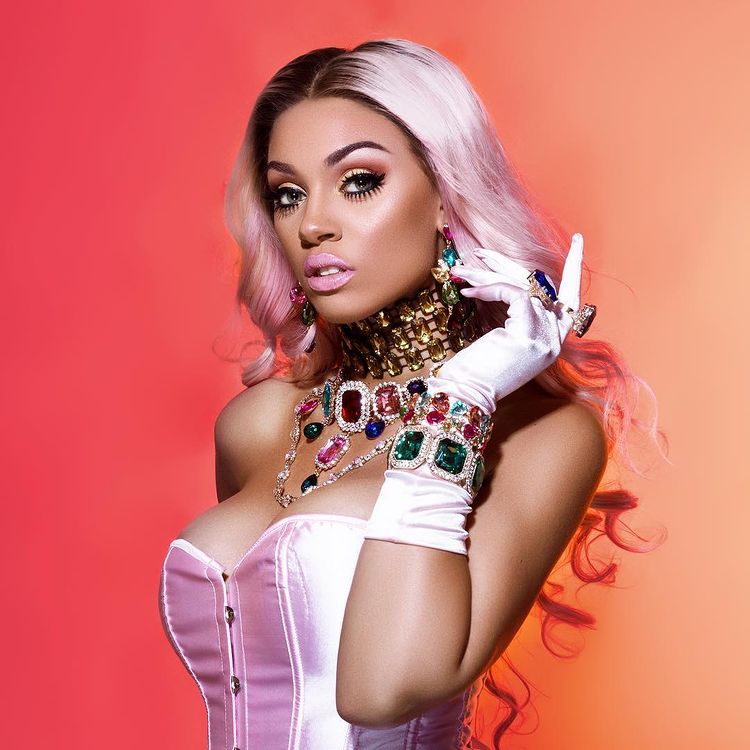 Biannca Prince formerly known as Biannca Raines is a Youtuber and social media sensation who runs a successful YouTube Channel D&B Nation with her husband- Damien Prince. Their Youtube channel has grown in leaps and bounds and has a huge fan base of more than 4 million subscribers amidst millions of views. She also contributes to the family’s YouTube channel, The Prince Family.

Biannca Prince, formerly known as Biannca Raines, was born on March 6, 1997. Jennifer Raines and Charles Raines are her parents. Christian, Chanelle, Alexis, Jaqueshia, and Ryann Jr. are her five siblings. She grew up in Fort Wayne, Indiana, USA. She is of Black, Asian, and White descent.

Prior to her successful YouTube career, she entered the social media community in May 2012, when she launched a Twitter account and wrote her first tweet, “Bad Girls Club Reunion.” She currently manages a YouTube channel with her husband Damien and they both have hundreds of millions of views. There videos focus mainly on reactions to the various things that happen from the internet and compilation videos.

Biannca got engaged with her husband – Damien Prince in November 2016 and got married in March 2017. Biannca and her Husband have four children together. Damien jnr, Kylie, Nova Grace and Ayla Faith.