Mike Bamiloye FINALLY Tells Tope Alabi What To Do - Factboyz.com 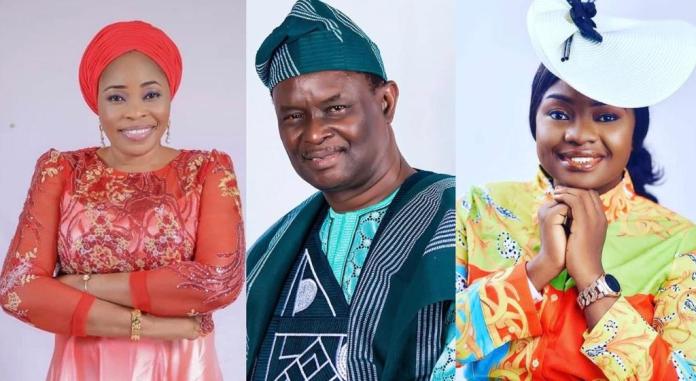 Christian dramatist Mike Bamiloye has gotten involved in the feud between singer Tope Alabi and her younger colleague Adeyinka Alaseyori.

Tope’s public critique of Adeyinka’s song “Oniduro Mi,” which means “My Guarantor,” has put the duo in the spotlight since Saturday, June 12. According to Tope, the song trivializes God’s talents.

Some social media users accused Tope of being envious of Adeyinka. She then apologized, stating she had made the mistake of “externalizing a personal message in public,” and that she was “awfully sorry.”

Tope’s apologies came after Adeyinka pleaded with the public to let the matter die, describing Tope as a “mother” to her.

In response to all that has happened between the two, Bamiloye wrote the singers a long letter, which he shared on Instagram on Friday.

“Welcome back from the Jordan River! Evang. TOPE ALABI, thank you for doing the needful with the Apologies, May the Devil be continually Disgraced and Disappointed over your life,” he wrote.

To Adeyinka, he said, “…Thank you for remaining Calm in the middle of the Storms that the Devil raised up to divide the Music Ministry that is even NOT YET LARGE ENOUGH for End-Time Revival.”

Speaking further to Adeyinka, he said, “Evang. YINKA ALASEYORI, I believe the Lord has allowed what happened to spring a Surprise to the Devil. The Devil meant it for a SHOWDOWN, but the Lord had used it as an UPROAR.

“Within a space of One Week, The Lord made your name Go Viral and People began searching for your music and began to follow you up on Instagram and Facebook. Even, I, I went to search for you and listen to your music and discovered you have been singing for a long time.”

The Mount Zion Faith Ministries’ founder urged her to remain humble in her growth process.

Bamiloye told Tope that her viral comments must have taught her to handle matters better considering how influential she is in the music industry.

He then urged her to “arise” and “give us more songs from Heaven”.