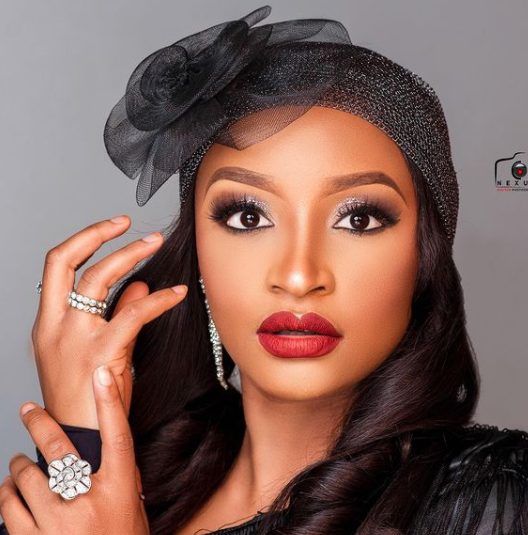 Rahama Sadau Net worth – Rahama Sadau is an actress, filmmaker, dancer, and singer from Nigeria. She was born and nurtured in Kaduna, and as a youngster and through her school years, she competed in dance contests. She rose to prominence in late 2013 after starring in her debut Kannywood film, Gani ga Wane.

Rahama Sadau was born on December 7th, 1993, in Kaduna, Nigeria, where she grew up. She was born to the family of Alhaji Ibrahim Sadau. She grew up with three sisters and a brother in a Nigerian state (Kaduna) in the northwestern part of the country. The actress holds her background in high regard and has created a profession around it. Sadau received her basic and secondary school in the nation before going to college in Northern Cyprus.

Rahama received her elementary school education at Libayi International School before transferring to Kaduna Capital School for her junior high school study. She then completed her senior secondary studies at Misbau Islam.

She went to Kaduna State Polytechnic to pursue Business Administration after completing her high school education.
Rahama enrolled at the Eastern Mediterranean University in Northern Cyprus to study Human Resource Management at their department of business finance to better prepare herself for the rigors of being in the entertainment industry and creating a career as a businesswoman.

Rahama Sadau Net worth and Career

Ali Nuhu introduced Sadau to the Kannywood film business in 2013. She had a few smaller appearances before becoming well-known for her appearance in Gani ga Wane, Jinin Jikina, in which she co-starred with Kannywood actor Ali Nuhu.

The Motion Picture Practitioners Association of Nigeria (MOPPAN), the major association in Kannywood, suspended her from Kannywood on 3 October 2016 for performing in a romantic music video with Classiq Q, a Jos-born musician.

In 2017, she wrote to MOPPAN to express her regret. Following the intervention of Kano State Governor Dr. Abdullahi Ganduje, the ban imposed on her was removed in January 2018.

In 2016, she was named the “Face of Kannywood” for the year. Sadau was featured in an EbonyLife TV movie series in October of this year. She founded Sadau Pictures in 2017, where she produced her debut film, Rariya, starring Ali Nuhu, Sani Musa Danja, Sadiq Sani Sadiq, and Fati Washa. In MTV Shuga, she reprised her acting career as a vocational instructor. Sadau was one of the returning performers for MTV Shuga’s sixth season, “Choices,” which aired in 2019.

Below are some Rahama Sadau movies in Hausa and English

Rahama Sadau is without husband as she has not yet married. She has debunked rumors‘ of having a husband.

Rahama Sadau Net worth – Rahama Sadau is a wealthy Hausa/Arewa actress who is worth an estimated $300,000.

Where is Rahama Sadau from?

She is from Kaduna state in the North Western part of Nigeria.