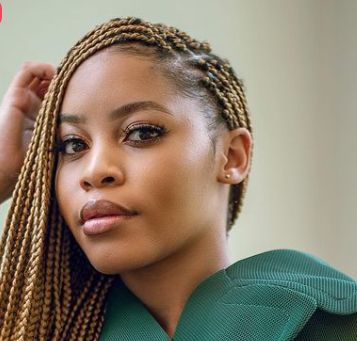 Siphesihle Ndaba Biography – Siphesihle Ndaba is a South African actress who is best known for her role as MaZet in the Mzansi Magic show Gomora. She is quite talented as an actress and is one of the rising stars in South Africa.
She has been involved in theatrical acting since she was in college, and she even directed a piece called Skinned at the 2018 Grahamstown National Arts Festival.

Siphesihle Ndaba Education – From grade 10 until matriculation, the actress attended the Oprah Winfrey Leadership Academy for Girls.
She moved on to Rhodes University to pursue a Bachelor of Social Science degree with a triple major in psychology, economics, and theater. She earned an honours degree in dramatic arts in 2019, with a focus on acting, physical theatre, and applied theatre, with a goal of becoming a drama therapist. She had intended to pursue a master’s degree in arts administration, but she was cast in the Gomora television series instead. The actress confessed in an interview with IOL that she studied economics at university as a back-up because her heart is in the arts. Siphesihle Ndaba Biography

While still a student, she began to shape her acting career. In an interview with Drum, she revealed that each student at the Oprah Winfrey Leadership Academy for Girls had to take two arts subjects, and hers were dance and drama.
Skinned, a theater production she directed, premiered at The National Arts Festival Fringes in 2018. Siphesihle Ndaba made her television debut in the Mzansi Magic drama Gomora in March 2020, playing Mazet, a beautiful and dangerous young woman from Alexandra who tempts Ntobeko into a life of crime.

On Gomora, a telenovela on Mzansi Magic, she currently plays Mazet, a young girl involved in criminal activity (DStv 161). After graduating, Mazet is her first television role. Gomora is a new criminal drama that premiered on March 30th, 2020.