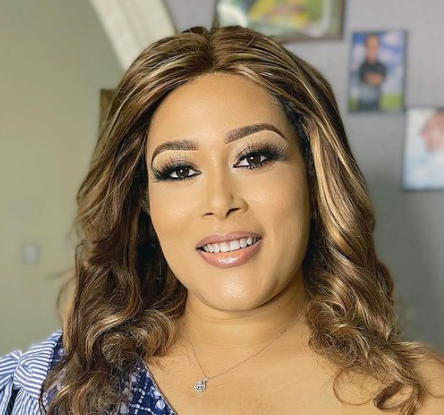 Adunni Ade was born to a German-Irish mother and a Yoruba Nigerian father in Queens, New York.
She and her parents returned to Nigeria when she was about two years old to attend her grandfather’s funeral. She was raised in Lagos, Nigeria, until she was in her late teens, when she moved to the United States to pursue her higher education.

Before moving to the entertainment industry, Adunni worked in the housing and insurance industries in the United States. She also dabbled in modeling, appearing on the show America’s Next Top Model. She received her first Nollywood part in the film You or I after returning to Nigeria.
She’s also been in a number of other Nollywood films, both in English and in Yoruba, as well as some music videos for Sound Sultan and Ice Prince.
“Emi Mi – My Soul,” directed by Saidi Balogun, was her debut Yoruba film, which she created and produced in 2018. Ibrahim Chatta, D’Marion Young, Sunkanmi Omobolanle, and Shola Kosoko appeared in the film.

Who is Adunni Ade Husband? – Adunni Ade is not married but she has two sons D’Marion and Ayden from her previous relationship with Michael Boyd. Though they dated for 8 years, they never got married.