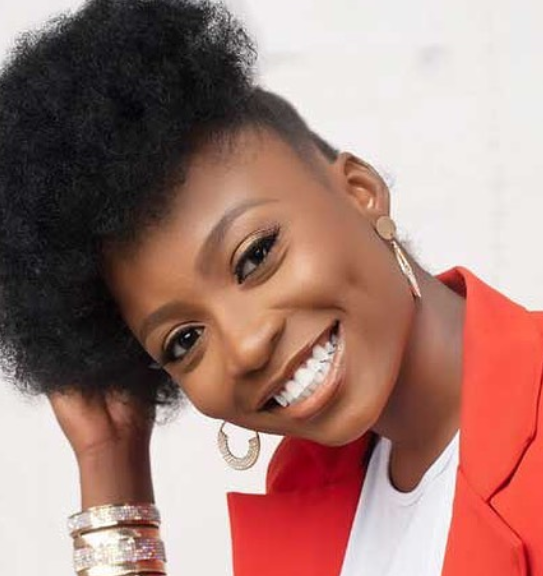 Esther Benyeogo Ebelechukwu is a Nigerian Gospel singer who is well known for winning the Season 3 of The Voice Nigeria – A music talent reality show.

After 16 weeks of intensive musical competition, Esther Benyeogo, the lady with the amazing voice, was chosen champion of The Voice Nigeria Season 3 on Saturday, July 24.

She competed against finalists Kpee, Eazzie, Naomi Mac, Dapo, and Kitay in the final on Saturday.

Esther takes home a N10 million cash prize, a car, and a recording contract with Universal Music Nigeria as the winner.

She beat out three other top contenders to win N10 million in cash, a car, and a record deal with Universal Music Nigeria.

Esther Benyeogo is 24 years of age as at 2021. Esther Benyeogo was nurtured by her parents Stella and her late father in the Ika North Local Government Area of Delta State.

Esther Benyeogo began singing when she was 13 years old.

In 2018, she was a part of TY Bello’s spontaneous worship series “We Worship You.”
In 2012, she was the first runner-up in the Teens Church of Christ Embassy’s Next Big Teen talent competition.

Esther Benyeogo and The Voice Nigeria

Esther Benyeogo has emerged the winner of season 3 of The Voice Nigeria 2021, an International talent show.

“Esther has continually proved throughout the season that she is indeed phenomenal,” said Coach Darey, who guided Esther tirelessly during the competition.

Her determination, desire, and commitment to progress were all clear indicators that she had her sights set on the goal, and I couldn’t be happier with the results. Certainly, all of the performers this season gave everything they had to each of their performances, but Esther stood out, and I am honored to have been her coach.

It gives me tremendous joy to congratulate Esther on her significant achievement! It is now time for us to rejoice.”

The Voice Nigeria Season 3 was produced for the first time in Nigeria by Livespot360 and UN1TY Limited, and it was a huge success. Coach Waje and Coach Yemi Alade, together with new Coaches Darey and Falz, started on the quest for the show’s next champion among 13,000 candidates this season. At the grand finale, the show’s viewers and admirers made their ultimate judgment, electing Esther Benyeogo as the Season 3 winner.

Esther Benyeogo is from Delta state. That is her state of origin.

Esther Benyeogo has an estimated net worth of $55,000.