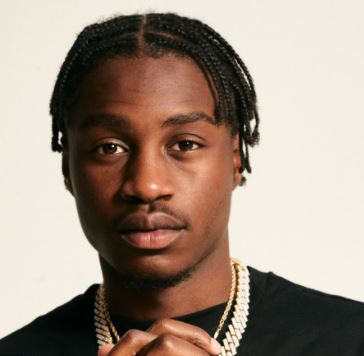 Lil Tjay Net worth 2021 – Lil Tjay has a net worth of $1 million as at 2021. The American rapper has released songs that have had millions of streams worldwide.

Lil Tjay was born in the New York City neighborhood of Bronx. He had two younger siblings and was reared by a single mother of Ghanaian origin.

At a young age, Lil Tjay had an interest in music, and he began his career in music.
Lil Tjay began releasing songs on SoundCloud in 2017. One of Lil Tjay’s first tracks, “Resume,” was released when he was 16 years old and rapidly went viral online.

Lil Tjay won the Coast 2 Coast LIVE NYC All Ages Edition on March 10, 2018, and his performance drew the attention of a record company A&R who was in attendance to judge the showcase. Lil Tjay followed up with the track “Brothers,” which became his biggest hit at the time and led to a deal with Columbia Records.

Within the first 10 months of his music career, Lil Tjay had published five singles on SoundCloud that had received over one million plays. Each of the songs “Brothers,” “Resume,” “Goat,” and “Leaked” amassed tens of millions of streams.

Lil Tjay’s track “Calling My Phone,” a collaboration with American artist 6lack, was released on February 12, 2021, and was accompanied by a music video produced by Cam Busby. The song debuted at number three on the Billboard Hot 100, making it Lil Tjay’s highest-charting single.