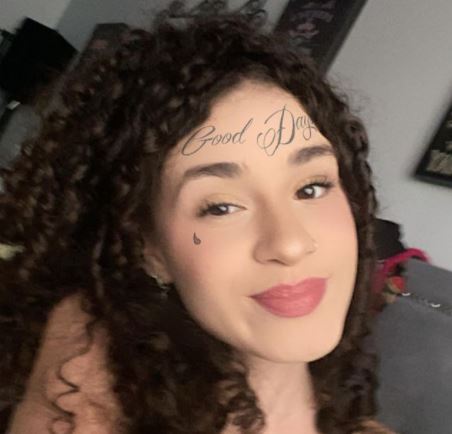 Mia Hailey Biography – Mia Hailey (born 2008) is an American teen artiste who is best known to be the youngest contestant for The Voice America. She overtook Levi Watkins as the youngest The voice contestant. She also joined Ariana Grande’s team in the competition.

Mia Hailey was born in 2008 in the United States of America. She is from Clifton, New Jersey. She has a rare eye condition, but she is very well talented in her singing.

Mia Hailey Eye Disorder – Hailey was born with a disease known as double elevator palsy, which affects her eyesight. “Basically, the brain starts to identify that eye as a non-working eye, and the vision simply kind of starts slipping away,” her mother added.

Hailey had surgery when she was only seven years old, and it went beautifully. She claims she has restored the majority of her vision. Double elevator palsy is a rare clinical disease, according to PubMed.

Mia Hailey The Voice – “You Broke Me First” by Tate McRae was Mia’s choice at the NBC’s 2021 The Voice auditions. “Good song,” judge Kelly Clarkson remarked warmly as Mia began to perform. As she glanced up at the ceiling, Ariana didn’t appear as enthralled as Kelly. It was almost as if she was anticipating that “wow” moment. John Legend and Blake Shelton exchanged glances, but neither appeared to be ready to turn around. The teenage singer seemed to pique Blake’s curiosity the least.

As Mia approached the chorus of the song, the audience began to applaud in support, while her mother kept a close eye on her. “She’s good,” Ariana said quietly to Blake before turning to see what Kelly was up to. It was obvious that this would be a fight between the two of them. Ariana moved her head back and forth, murmuring, “Wow,” at a note in the song that has to be held for a few seconds.

It’s difficult to say no to Ariana Grande. She’s a power both inside and outside the music industry. As part of her speech, Ariana offered some professional advice. It didn’t hurt that Blake was on Ariana’s side.

As the audience erupted in applause, Mia responded, “OK, OK, OK, I chose Ariana.” What a great start to a season already brimming with talent. Mia Hailey Biography