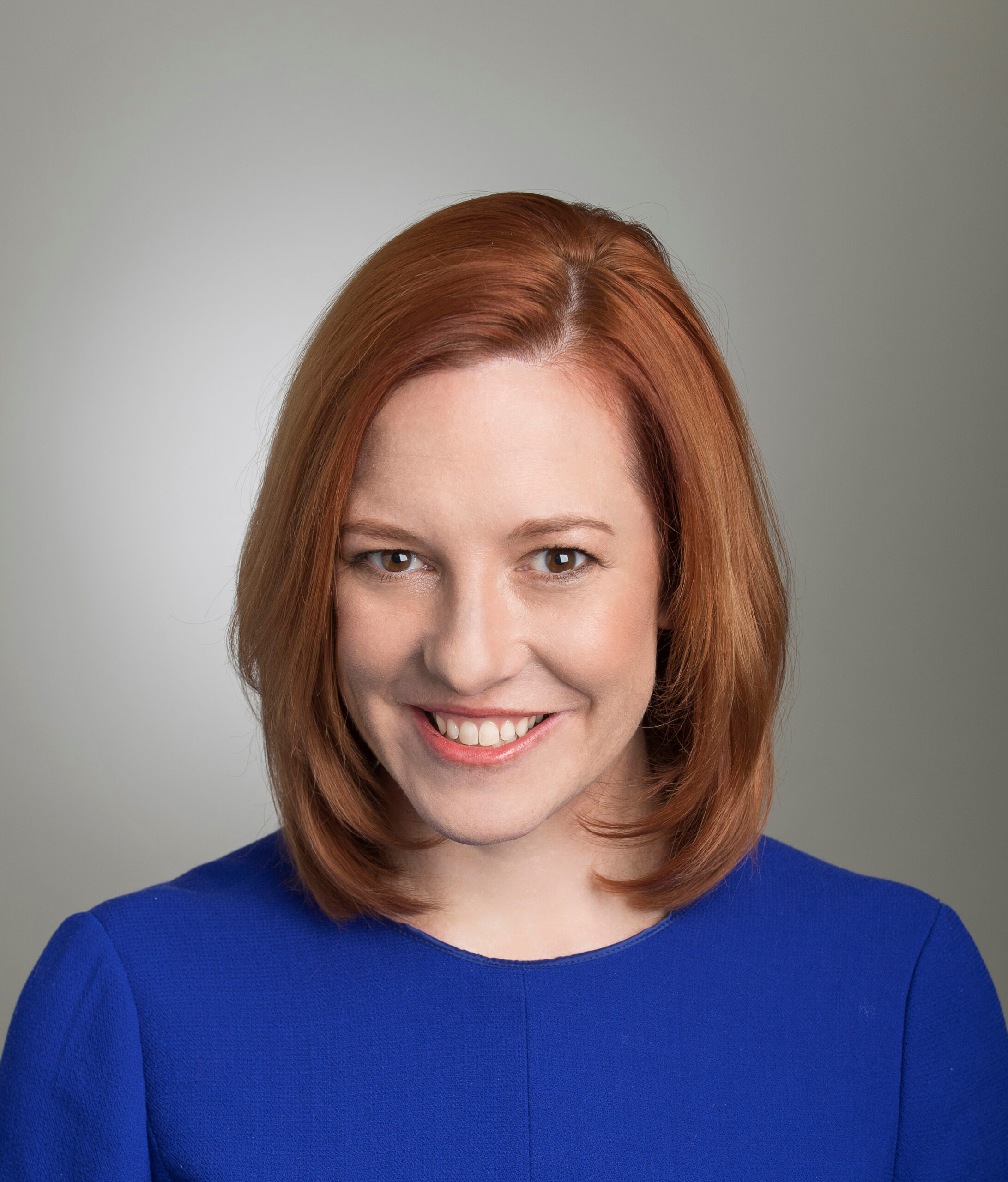 Jen Psaki was recently listed in Joe Biden’s team as the new, expected White House Press Secretary after Trump’s administration ended in 20th January 2021. Hence, we shall delve into the personality of Jen Psaki; unravelling who she is and her background. We shall also be looking at her personal life, biography, nationality, job and more!

Psaki is definitely not a stranger to the politics that revolves around the White House and she is best suited for the job because of her past experiences serving under the Obama administration in various related capacities.

Now lets delve into her biography.

Jen Psaki was born in 1978 in Stamford, Connecticut to a retired real estate developer father and her mother who was a psychotherapist. She is of Irish, Polish and German ancestry.

She had a pretty much exciting childhood and proceeded to High school where she studied at the Greenwich High School, a public Highschool also located in Connecticut. She graduated from the school in 1996.

After graduating from Greenwich Highschool, she attended the College of William and Mary in Williamsburg, Virginia. In that school, she excelled in athletics and was part of the school’s swimming team.

Her political interests and journey were all nurtured and took off from a youthful age and in 2001, when she was just 23; she kicked off her political career by working in the re-election of Tom Harkin for the US Senate. In 2004, she was appointed deputy press secretary to former secretary of state (Obama Administration) John Kerry during his 2004 Presidential campaign.

Jen Psaki who was a full member of the Democrats party, joined former president – Obama’s campaign all over the US, In that 2008 campaign, she served as the travelling press secretary. With the success of Obama at the polls and thereby winning the 2008 election, Psaki was appointed Deputy White House Press Secretary and from December 2009, was promoted to Deputy Communications Director.

During the 2012 campaign for Presidency, she was in Obama’s campaign team that worked on his re-election campaign serving as press secretary. From 2013, Psaki became spokesperson for the United States Department of State.

While Psaki rose in her career, attaining a good, desirable and ambitious height in the communications sphere, she became a contributor for Cable News Network (CNN) in 2017. For three years she contributed for CNN, but in November 2020 following the outcome of the US election in favour of Joe Biden, she left CNN to join the Biden-Harris transition team.

Jen Psaki was appointed the White House Communications Director in 2015 and she held the position till the end of the Obama administration in 2016. During her time as the New White House Communications Director, Psaki took a courageous and creative stance at a time when the media had a lot to say about the Obama administration.

Being a staunch Democrat herself, she helped spread the ideas of the presidency in a rather professional way, handling questions rightly and helping pass behind the scene information accurately.

She was by the New York Times as “the unflappable and genial point-person” and she was also named as one of fifty politicos to watch by POLITICO in 2012.

Jen Psaki is happily married to Gregory Mecher. They got married in 2010, just two years into Obama’s first term as president. They are blessed with 2 loving children.

Jen Psaki is American but has Irish, German and Polish ancestry.

As President-Elect, Joe Biden appointed Jen Psaki as White House Press Secretary in November 2020. Psaki is expected to take over from Kayleigh Mc-Enany who herself did a great job for the Trump administration. Jen is very much qualified for the job and is expected to serve Joe Biden well on behalf of the millions of Americans who voted him in.

She recently announced that Biden would be “phasing out” the Trump administration’s structure and centralizing all COVID-19 response at the White House under Biden counsellor and coordinator Jeff Zients.

Even before officially taking office, Jen Psaki has already began the process of enlightening the American public on the roles her boss, Joe Biden will be playing in combating Covid-19 and rolling out vaccines faster. She has used her official Twitter page to achieve this.

Jen Psaki graduated from the college of William and Mary and earned a B.A in English which she majored in.

With her experience and span of career, Jen Psaki’s net worth is believed to be more than 2 million dollars.