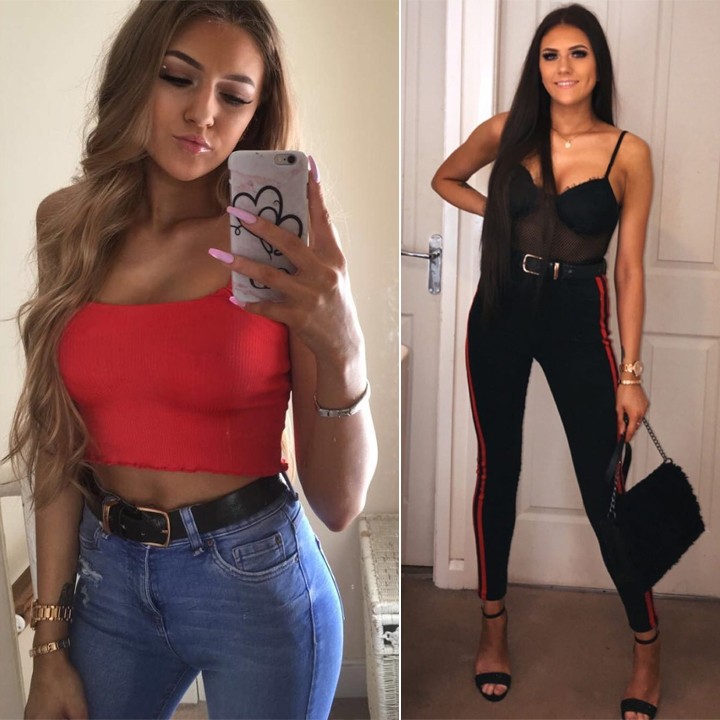 A beautiful, British teenage girl ended her life after she failed to get enough “likes” on her photos online.

According to the Sun, Chloe Davison, 19, was an upcoming, aspiring model who ‘dangerously’ relied on social media to feel good about herself, thereby boosting her esteem according to her sister Jade.

Her 20-year-old sister, Jade continued by saying these about her younger sister

“She thought she wasn’t good enough unless she was getting loads of likes and comments,”

However, it is heartbreaking to note that the beautiful, selfie-loving teen hanged herself in her bedroom moments after she was active on social media.

Her loving mum, Clair Reynolds, 44, had to say this about Chloe, ‘After she started using social media several year ago, all she would talk about was how many likes she got’ said.

“She was addicted to apps like Instagram and Snapchat,” said family friend Nick Coombs, 55, who had known Chloe since she was young.

“She would spend hours taking the perfect photo, but would delete it later if it didn’t get popular enough,” Coombs added.

Investigations also showed that Chloe struggled socially at school and rarely went out with friends, instead staying indoors and taking pictures of herself for social media.

The pretty 19-year-old was often targeted by online trolls who would send her nasty messages and mocked her appearance.

“Chloe was crying many nights because someone had said something horrible about her online,” her older sister Jade Davison told the news.

On Friday night, Chloe’s mum and sister returned home from a bar around 11:30pm, and found the teenager hanging in her bedroom.

Chloe had been taking selfies moments before she killed herself, according to Nick Coombs, 55, who was at the house when the brunette was found dead.

“When we took her body down, her hair and makeup were still perfect,” Coombs said. “She was wearing some new lingerie that she’d been excited to model.”

The girl’s mum, Clair Reynolds, said she blamed social media for what happened. “Social media took over Chloe’s life, whether that be Snapchat or Facebook.”

She continued by saying, “Chloe was beautiful, but she didn’t see that. She cared too much about how other people saw her.”

Coombs said that too many people felt they could say whatever they wanted to the attractive teen because it wasn’t face-to-face.

“She’d get hundreds of messages each day, mostly men asking her for sexual stuff,” Coombs said. “Sometimes they were nice, but other times they told Chloe they wanted to hurt her.”

It is important to note that the 19-year-old had thousands of social media followers when she killed herself.

This raises questions as to how people especially children should be raised especially with regards social media.

MNET COMEDIAN, His Bio, Comedy Career and Everything You Should Know About Him