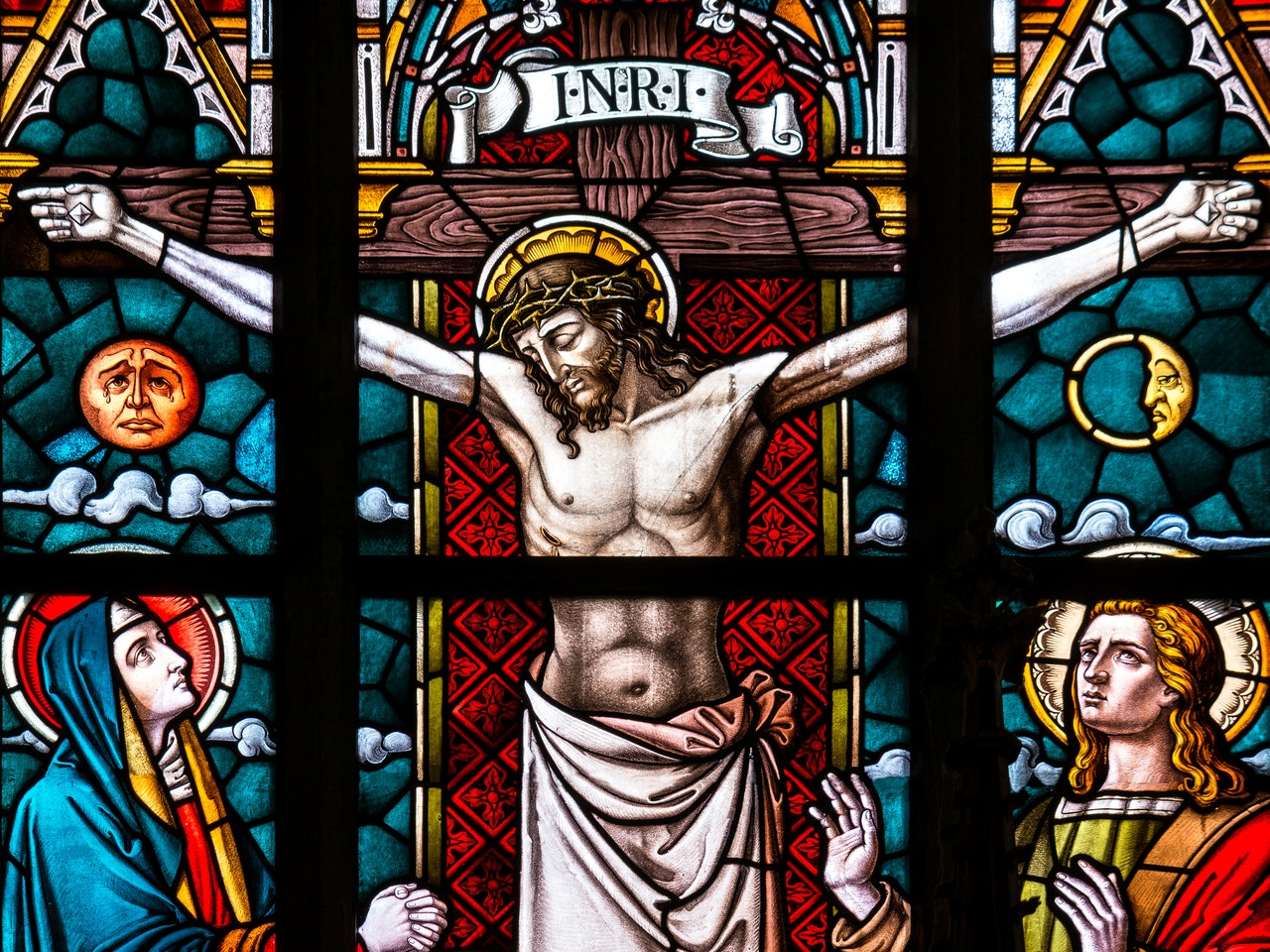 Who Is The World’s Best Man?

The best men in the world are those who have accomplished tremendous things that have inspired millions, not billions, of people. Being a part of the best men necessitates a personal or communal goal to be the best, and being the best necessitates extreme sacrifices and love for humanity.

Everyone has the potential to be the best, but those who make a difference do so by putting in extra effort, believing in themselves, and upholding values. In this article, we will look at the top ten greatest men who have had a significant impact on humanity and history through their actions and lifestyle.

Jesus Christ is the best man who ever lived; so, he is included among the best men, and the impact Jesus Christ had on the earth is undeniable.

Even as he stated, his fundamental lesson was love for individuals “You should love your neighbor as much as you love yourself.

Jesus Christ showed himself as the Messiah, the world’s savior, to an untold number of people. Jesus Christ lived on earth and fulfilled his divine mission with the support of twelve apostles and a slew of other disciples who assisted him in spreading the gospel.

Christians all around the world hold him in high regard, with many refusing to abandon Christianity in favor of another, and the oath of fealty to serve him forever upholds Christian morals to a high standard.
On this list of the top men in the world, he comes as no surprise.

Jesus Christ set himself apart from past preachers because he promised that when we were “born again by his Spirit,” he would come to dwell inside of us, rather than simply pointing the way to a set of goals or moral standards like other religious leaders who have come and gone.

Muhammad (PBUH) was an Arab leader who is credited with founding one of the world’s major religions. Islam is a religion. Islam is seen as a peaceful faith.

ALSO READ  10 Future Skills and Jobs For The Future

Muslims all around the world believe he is a prophet sent by Allah to present and fully validate the basic teachings of Adam, Abraham, Jesus, Moses, and other prophets.

Muhammad is also known as the Messenger of Allah, the Prophet Muhammad, Allah’s Apostle, the Last Prophet of Islam, and many other names. Muhammad’s spellings include Mohamet, Mahamad, Muhamad, and many others.

Martin Luther King Jr. (January 15, 1929 – April 4, 1968) was an American civil rights leader who worked to ensure that black people in the 1960s had the same rights as their white counterparts.

Martin Luther King’s ideology and personal views for tolerance and love in the face of hatred might be linked to his faith as a Christian. Since 1955, he has been an outspoken supporter of the Civil Rights Movement and the fight for equal rights for everyone. King was given the Nobel Peace Prize in October 1964 for his nonviolent campaign against inequity.

King, a frequent visitor to jails, was arrested and imprisoned in 1963 for protesting the condition of black people in Birmingham.

In 1963, he gave his iconic “I have a dream” address at the Lincoln Memorial during the March on Washington for Jobs and Freedom. Unfortunately, King was assassinated in 1968. The US government has already set aside January 21st as a day to memorialize him.

Buddha was a Buddhist monk (ramaa), philosopher, religious leader, and teacher whose teachings form the foundation of the widespread religion Buddhism that he founded.

Buddhists consider Buddha’s teachings and lifestyle to be extremely insightful and replicable. Buddhists believe that various stories of his life, discussions, and regulations were compiled after his death and remembered by his followers. Over ages, oral tradition has aided in the propagation of his teachings, which he later committed to writing.

Buddha also says that by pursuing the’middle way’ and striving for nirvana, we can bring about change in our lives on our own.

“His ability to maintain self-control is a gift he is admired for. Buddha was concerned about life and how to help people overcome their suffering.

He is remembered as a theoretical physicist who contributed to the development of the theory of relativity, a cornerstone of modern physics. His work has also had a significant impact on science.

Albert Einstein is represented as a genius in popular culture after a successful career in science.

Michael Jackson was the king of pop music from August 29, 1958 to June 25, 2009. Jackson’s great music career elevated him to one of the most well-known men of his generation. In the 1980s, he began his journey to global recognition and prominence.

He began his musical career in the 1960s as a member of the “Jackson Five,” a musical group that included and included his siblings. Michael Jackson performed in a number of cities, including Helsinki, Berlin, Cape Town, and Kuala Lumpur, among others.

He had a distinct singing and dancing style, particularly the moonwalk and break dancing. Michael Jackson’s legacy and effect in the twentieth century and beyond were unparalleled. Michael Jackson died in 2009 as a result of complications from a medicine he was prescribed.

From March 1861 until his assassination in April 1865, Abraham Lincoln was the 16th President of the United States.

After several failed attempts to become politically prominent, Abraham Lincoln was elected President, and not long after, he led the United States through a brutal civil war, reuniting the country.

His greatest legacy include being a major role in the abolition of slavery and the preservation of the union (uniting the warring south and north, hence ending the civil war)

He contributed to the abolition of slavery during the Civil War by issuing the Emancipation Proclamation of 1863, ordering the Army to protect runaway slaves, and encouraging border states to abolish slavery.

He also aided in the passage of the Thirteenth Amendment to the United States Constitution, which abolished slavery nationwide.

Abraham is a role model for the world’s three major religions: Christianity, Islam, and Judaism.

The bible refers to him as the “Father of Many Nations,” which is a true statement based on the numerous grandchildren he had who went on to become forefathers to generations yet to be born.

Abraham’s faith and exemplary living have stood the test of time, and he is a wonderful example of how we should all live in peace with one another, fully aware that we are brothers. He certainly deserves to be counted among the world’s finest men.

Nelson Mandela, the South African great whose peaceful approach to dealing with inequality and apartheid garnered him widespread respect and, of course, a Nobel Peace Prize, will go down in history.

Nelson Mandela (1918-2013) was a South African revolutionary, anti-apartheid campaigner, politician, and philanthropist who served as South Africa’s president from 1994 to 1999.

Nelson Mandela spent a total of 27 years in jail, including time on Robben Island and in two other prisons. He was actively involved in challenging the beliefs of the administration of the day, which led to his making a lot of enemies. In 1962, he was sentenced to life in jail before being released in 1990. Mandela has now gone on to earn a total of 250 honors and awards, cementing his status as a legend.

Until his death, Nelson Mandela was involved in a variety of charity endeavors. South Africans call him “Madiba,” which means “Father of the Nation.”

William Franklin Graham Jr. (Billy Graham) was an American evangelist and notable Christian figure who lived from November 7, 1918 to February 21, 2018.

Billy Graham rose to prominence as a result of his evangelical efforts to preach the gospel of Jesus Christ to thousands of people who were swept away by his charisma, character, and renown. He did, in fact, exude an aura when he preached, appealing him to a large number of people who are ready and impassioned to hear him preach.

In 1934, he initially surrendered to Jesus Christ through the preaching of one Mordecai Ham, and thus began his journey to international acclaim. “And while I was sitting down studying closely at what he had to say, then suddenly he pointed in my way and exclaimed, Young Man You’re a Sinner,” Billy Graham once recalled. Billy Graham repented after the incident and felt called to preach a few years later. His evangelical campaign in 1949 was the single event that earned him the international acclaim and media attention he deserved.

Billy Graham has acted as a spiritual counsellor to a number of US presidents, offering spiritual direction and counsel. From Harry S. Truman, the 33rd President, to Barack Obama, the 44th President (44th). Dwight D. Eisenhower, Lyndon B. Johnson, and Richard Nixon were all known to be close to him.

His team estimates that more than 3.2 million people have answered to Billy Graham’s offer to “accept Jesus Christ as their personal savior” at his crusades. Graham’s evangelism was praised by both the Protestant and Roman Catholic faiths since he encouraged new converts to join their respective congregations.

10 Disadvantages of Social Media to Teenagers